Artreach was created to inspire, develop and showcase the artistic talents and interests of adults with learning disabilities in the Stirling Community.  From June 2010 – 2011 around 70 people took part in music, drama and visual art sessions, creating excellent artworks, and  working  to build and shape an artistic community where creative interests, laughter and support were shared.  Throughout the programme participants worked with artists and managers through consultation to create the project that they wanted and needed, resulting in the resounding success of Artreach and the desire to see it established permanently.

With support from visual artist Sharon Quigley, drama artist Kat Wilson, and musician Claire Docherty, Artreach artists exhibited and performed their work to audiences in Stirling and across Scotland, culminating in the event  ’Artreach: Definition’, a fantastic cross artform celebration of their achievements at the Albert Hall, which inspired and moved all who attended in  March 2011. 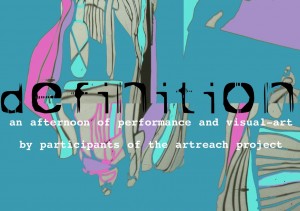 Drama artists wrote and performed original work for theatre at ‘Artreach: Definition’, and for the NTS project ‘5 Minute Theatre’, which was broadcast nationally in June 2011.  Much of their work was informed by attending performances and workshops by other theatre companies in Scotland.

Musicians composed and performed original music at ‘Artreach: Definition’, leading to the commission of a new piece for the launch event of Central Advocacy Partners in October 2011, and took part in ‘Reverb’, a national consultation event in September 2010 for disabled musicians in Scotland wishing to work professionally.

We aim to make Artreach a leading arts programme which achieves excellence in the holistic development of every individual’s artistic interests and talents.  From trying things out and getting involved for the first time, to visiting performances and exhibitions, to mastering new skills at a high level, we aim to create opportunities for learning, fun and development at every stage of an artistic journey.

Artreach has been designed in partnership with the participants who took part from 2010 – 2011.  Inspiring consultation meetings in December and January lead to the creation of our 10 week programmes; each block reflects an area of music, art or drama that people want to learn more about.

We are committed to working not just in our separate artforms, but together across disciplines to make work which can be performed and exhibited together. Our aim is to create ambitious works of art demonstrating many different perspectives, but are also linked by common threads and a strong sense of the Artreach artistic community around them. 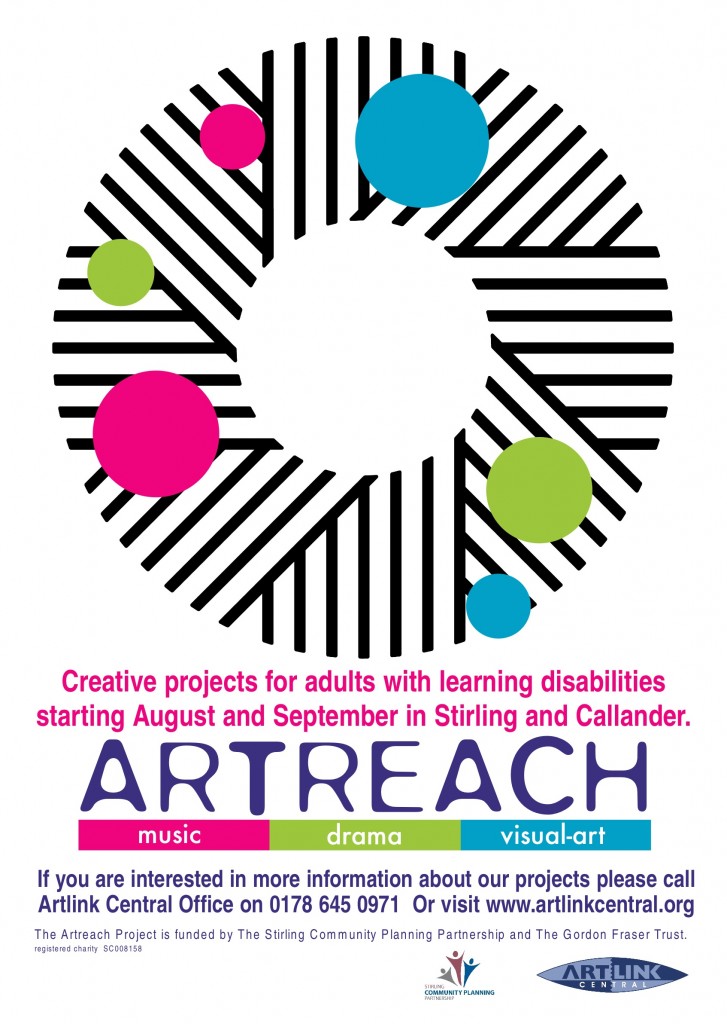 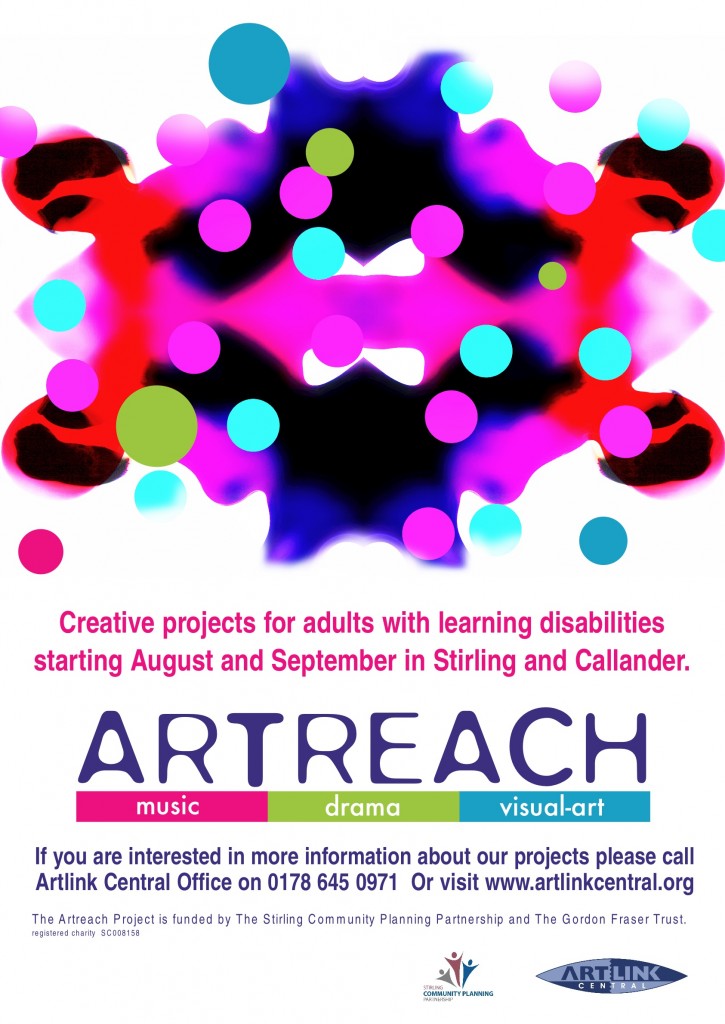